Well, it's been a while. But I have an excuse; sort of. 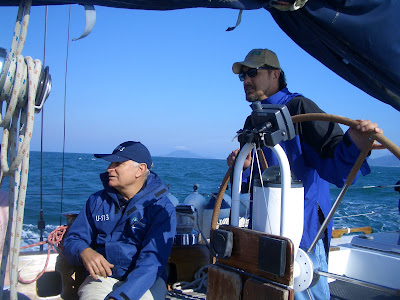 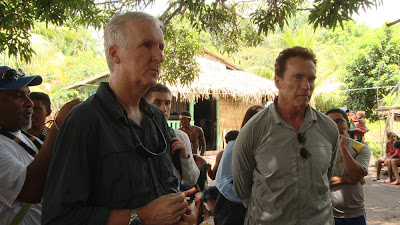 Apologies for my absence.
Thankfully it’s been a busy year but the weak state of this blog has more to do with procrastination than vocational exhaustion. True, I’ve been back and forth to the Amazon three times, once again in the company of James Cameron and crew and another time documenting a historical gathering of indigenous leaders. My work in the Amazon has me helping a number of environmental groups fight against the Brazilian Government’s incredibly insane plan to build a hydro-electric dam on the Xingu River. Yes, the 513 German U-boat search proved successful. The Lone Wolf that eluded the Schurmann family and researchers for two years was finally found, while I of course documented this historic moment. The PBS documentary “Lost in the Amazon: the Enigma of Col. Percy Fawcett” in which I was the director of photography in the Brazilian Amazon was aired with excellent reviews, and my own projects have indeed been chomping away at my time, too. The Dirty Little War over Chico’s Bar has proven to be a difficult documentary to dig into given the complexity of its social commentary as well as the frustrations of getting information from the government or governmental groups involved. The “Bem Estar Animal” video/ institutional has become a tad bigger than I had originally envisaged, but it’s already hinting at being successful in that just the trailer has already helped spread the word in regards to the treatment of animals in Brazil and provoked one Mayor to Act.
Now it’s confession time.

Although I’ve been knee-deep in exciting projects, campaigns and adventures the sorry state of this blog comes down to simple neglect. For that I am sorry. Even worse, for someone like me who makes a living communicating, to leave an important medium like this unattended for such a long period of time is indeed a career crime. Maybe that’s why the phone is not ringing off the hook.

So, on that note, my newest blog…
“crickets”

OK, I’ve nothing earth-shatteringly important to say or express. Instead I’ll simply use this post to explain a few of the projects I’ve been involved in or I am currently working on to give my zero faithful followers of this blog an idea of some of my career highlights six months into 2011.

Rio de Janeiro
The year started out on a tragic note. Heavy rains and poor land-use planning in the Serra region of Rio de Janeiro led to mountains of mud literally burying people and homes in 7 municipalities. Over 700 were killed, 600 missing and thousands left homeless. With a crew from Greenpeace we spent a week documenting the devastation for future climate change projects. It was indeed a tough assignment; the stench of death was in the air and the stories of loss too much at times to deal with but there were no shortages of heroes as well. Firefighters, community leaders and businesses all chipping in to ease the suffering and search for the dead. Events like this are growing in frequency and intensity and the government of Brazil is not equipped to deal with these types of catastrophes. 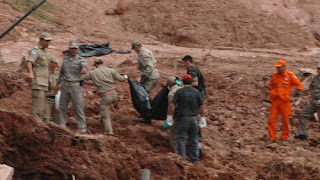 Before arriving in Rio de Janerio we were documenting the drought in the southern part of Rio Grande do Sul. Whether it’s an excess or a lack of water the results are similar – misery and desperation. Is this a foreshadowing of things to come if we don’t heed climatologist’s warnings? I know what I think. How we get the rest of the world on side is another story. Hopefully, we can produce a part II to the award winning documentary I produced with Greenpeace in 2006 called: Mudancas de Clima, Mudancas de Vidas.
Is that Arnold Swartzenegger and James Cameron in the Amazon?

I had the opportunity to work with the great folks from Amazon Watch once again as they raised more awareness about the Brazilian government’s plans to build the world’s third largest hydroelectric dam on the Xingu River which will dispel tens of thousands of people from their homes while affecting the fishing grounds for indigenous groups throughout the region. Once again they were in the good company of famed AVATAR director James Cameron and this time Mr. Cameron was with an old Hollywood friend. Surreal doesn’t begin to describe working in the company of people like this, especially in the middle of the Amazon and with historical environmental figures like Cacique Raoni, but then again you need to put aside the silliness of going ga-ga over celebrities and focus on the pressing issue at hand and what needs to be communicated.

No sense in writing too much about this, you can see the video I filmed and edited right here. Remember, the issue of Belo Monte is not over. Please get involved. We need the world to tell Brazilian President Dilma that 18th century destructive projects that trample the human rights of indigenous populations have no place in this new millennium.

I’ve long been an animal lover. I was even awarded the Humane Society of Toronto’s honour for “Outstanding Commitment to Animals” decades ago for a City TV news serial I filmed, hosted and produced about animal cruelty called “Cowards among us”. The news series also won Canada’s gold CanPro award for excellence in Canadian broadcasting.
Well, here in Brazil being an animal lover is indeed difficult given the state of many animals in this nation and the treatment they receive from the general population. Strays (called Vira latas here) are so endemic that few pay attention to them and they've literally become part of the Brazil’s landscape.

I’d always had the intention of producing something to shed some light on the problem of strays in Brazil and the general need to treat animals more humanely and with greater sympathy, then I met Maria Graca da Dutra. Graca is an animal rights activist who came to Florianopolis 10 years ago and decided to pick up the fight on behalf of animals. She met up with the right politics and created the first ever municipally funded clinic for animals which provides the city of Florianopolis with the infrastructure to spay and neuter strays so that they don’t continue to breed, but the clinic also provides veterinary services for poorer populations on island, as well as legally pursues those who commit acts of cruelty. Working concurrently with other NGOs a very successful adoption program was created which sees many of these strays removed from the streets, treated and then placed into warm and welcoming homes.

It’s an incredible program, one that sets out to educated the population as well as help animals, and interestingly enough it’s all controlled under the City’s Health department. Health officials here realized that if animals are healthy they are less likely to transmit diseases to people which makes for a more healthy population.
The idea behind the video is to show other municipalities in Brazil that there is a solution to their problems in terms of strays and that as this Nation continues to move forward it must once and for all address its sad record in dealing with animals.
We released a video trailer, seen below, with no fan fare and the trailer has already inspired Mayors from other municipalities to study this facility. Change is on the way for our furry friends in Brazil.

Ok it’s not saving the world, or a video with an important social or environmental message, but it’s historically significant and actually kinda cool too. I was asked 2 years ago to help the Schurmann family of Brazil document the search for a German u-boat that was sunk off the coast of Florianopolis 64 years ago. This would mean weeks at sea, bobbing up and down in a sailboat, while that sailing craft dragged along a side-scan sonar studying the ocean’s seabed in search of something large and mental and obviously not a fish. There was of course much more involved in pinpointing where this sub may lay, but let’s leave that for the documentary…k?
I had the pleasure of getting to know the researchers and the Schurmann family well over these two years and was always amazed that they never lost sight of finding this sub even when conditions were least than favorable.
Just two weeks ago the 513 was found. Again, I’ll avoid going into too many details other than to say that the official moment that the sub was found and recognized I was onboard filming the elation of this dedicated team, feeling like I was a part of that team.
I’m the only foreigner who was part of this large group and interestingly enough the 513 was the very same sub that entered Canadian waters 69 years ago and responsible for the sinking two Canadian ships during the battle of Bell island. I think it was fitting that a Canadian be onboard for this historic find.

Here’s the trailer I filmed and edited for this documentary, under the direction of David Schurmann.
More news to come.
Posted by Todd at 9:10 AM No comments: