A Brazilian judge has blocked plans to build a huge hydro-electric dam in the Amazon rainforest because of environmental concerns.

Although we should all take a moment to celebrate this decision, no one can let their guard down and believe this is the end of this project. Belo Monte has been a dream of the Brazilian government since the dictatorship in the 70's (apparently, no one is upset that a project created by a dictatorial and repressive regime over 3 decades ago is being embraced by a "progressive" and "liberal" government whose leaders were tortured under said military dictatorship - I digress). However, albeit brief, it is indeed good news.

Here's the caption underneath the photo posted in the BBC article

Congratulations to all involved on that day of protest, it was a honour to film your work, dedication and spirit. Let's hope this nail in the project's coffin is strong enough to keep it sealed.

Here's the video from that day. 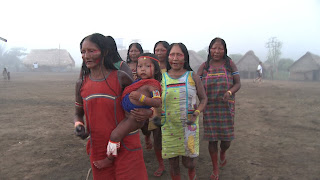 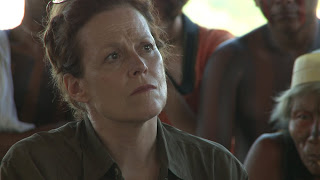 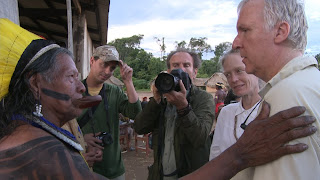 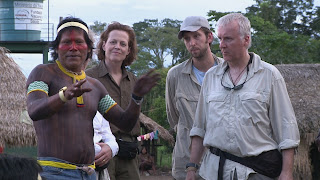 I had the opportunity to work with Mr. James Cameron, some of the cast of Avatar (Sigourney Weaver and Joel Moore) and the team from the environmental group Amazon Watch when they travelled back to the Amazon to talk further with native and community leaders about the government's plan to put a dam in the region. Images I filmed on that foray into the jungle were put into a new documentary by the Oscar winning director called " A message from Pandora" (see trailer below).

The documentary was included in last November's release of the collector's version of the ground-breaking and environmentally important 3D film " AVATAR". I only had the opportunity to see the production last week when a copy I ordered of the DVD set was sent from Canada to Brazil (the trials and tribulations of living in this nation I'll leave for another post). It's an incredibly important documentary highlighting one of the most disastrous projects to ever be considered for the Amazon.

The documentary won Germany's Cinema for PEACE international award. I hope this helps push the story farther around the globe and more learn about the Brazilian government's plans to uproot the lives of thousands of indigenous and local peoples in the area, for a project that doesn't make any sense economically or environmentally.

Congratulations to Amazon Watch, to James Cameron and all involved in this production, and the greater fight. I am happy to have helped in my small way.

This was a small video we threw together quickly about a month ago when learning the President of Brazil was going to inaugurate this coal burning climate changing plant. When the President's office got wind of activists in the area, she cancelled her plans. Now, the Public Ministry of Rio Grande do Sul is giving IBAMA 15 days to suspend the licence of this plant which will spare the atmosphere of 2,76 million tons of CO2.

Belo Monte: It's not too late!

A spot I wrote and created for Amazon Watch, and their struggle against the Belo Monte Dam project. I've been to the area in question a few times now, and it is one of the loveliest in the Amazon. The idea of flooding this area and uprooting the lives of those who call this part of the Amazon home is simply criminal. As one poster on another site put it to the politicians in Brazil: "How would you like it if we came to your home and put a forest in it".

A number of groups from the Amazon and elsewhere converged in Brazil's capital briging with them over 600,000 signatures opposing the government's plans to build a dam in the Amazon. I was called on by Amazon Watch the film and edit the days events, which led me into the President's Palace along side Cacique Raoni a legendary Kayapo warrior.

The signatures were delivered but to deaf ears. The Dilma Government has made it abundantly clear that they want this monstrous project to go through. See the video and the great work carried about by great groups concerned about this horrible Belo Monte Dam.