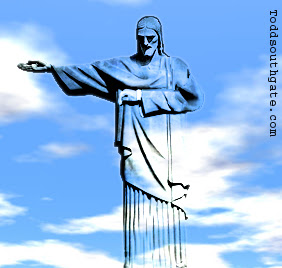 Arriving just a few minutes late for a meeting in the can provoke a fairly caustic reaction of disapproval. You’d be scolded that “the meeting was scheduled for noon, not 12:05” and reminded that by being late you were negatively impinging on the productivity of others. Time is money!

Here in (and much of south America) if you arrive five minutes late, you’ll find yourself alone for the better part of an hour.

“O horário Brasiliero”, (Brazilian time) as it if often called, takes a lot of getting use to and must be factored in when designing your day, any event, or, well, just about anything. I’m at the point where I believe that owning a watch here is futile. It looks nice on the arm, but it might as well be set to "Greenwich mean time" to be of any real use. The irony in all this is that most folks here honor the Braziilan inventor Santos Dumount for designing the first WRISTWATCH. But I digress.

However, some south of the equator have taken notice that this accepted praxis of tardiness is not very practical. Peru's President Alan Garcia has just kick-started a new program to have his countrymen (and women) pay more attention to time and try and break the habit of laxness that has plagued his nation.

One can only hope that our glorious leader Lula decides that "punctuality" is a concept that´s time is long overdue here in Brazil, too.